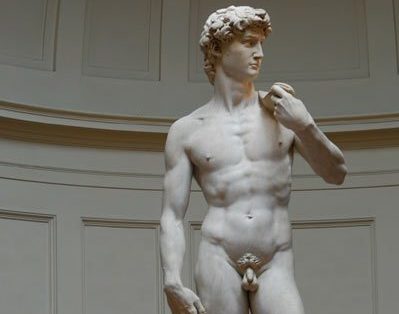 HOW TO SHAVE YOUR BALLS AND ITS BENEFITS

Posted on March 23, 2018Author by Toney TengeyCategories FASHION, LIFESTYLE & ARTS2 Comments on HOW TO SHAVE YOUR BALLS AND ITS BENEFITS

It can be  scary thing wielding a sharp razor so close to your private area, even more when you’re a male, so if you’re feeling nervous about shaving down there, you definitely need to keep reading.

But why should you remove your pubic hair? First of all (and perhaps to many the most important  reason), shaving it can make your erection look positively huge. When your pubic hair covers up part of the shaft, visually it can seem much shorter. The hidden part of the shaft will be revealed and can make your penis look a half inch longer. But, of course you wouldn’t care about that would you? lol

The Benefits Of Shaving Your Pubic Area

I am sure I do not have to get into the exact details about the benefits but I have provided a short list below to help those peeps who may be wondering.

No hair means it will smell better. (Seriously)

No more scratchy pubes on her skin.

Less friction from the hair results in greater pleasure.

A sleeker look that generally is considered more attractive.

Just like shaving your face, there can be some downfalls to shaving your man bush. Below is some of the possible risks involved. Most of the risks and negative aspects can certainly be avoided if you properly follow the methods described below and practice safe sex.

Irritated skin, but not always.

There is the risk of small razor cuts.

Pimples & ingrown hairs depending on your skin type.

There are two ways you can use to shave your pubic hair off. These two methods include:

Either of the methods above will give you great results and we will be walking you through each step of both methods to insure you can keep trimmed with ease. If you are not too sure which one to choose, we have written a short explanation

There are a few different things to consider when choosing your preferred method. It all depends mostly on the “quality” of shave you are looking for. A huge factor when talking about a quality shave is time. A manual razor is gonna be the best quality shave you can get. You can expect to have a very smooth, clean, shave. The only downside is it is a bit more labor intensive and will require more time than using an electric razor.

If you are looking to quickly trim or shave your pubic hair, I would go with the electric groomer. However, keep in mind this won’t end up being super smooth. It is still a very effective method. And don’t get me wrong, the significant other will still thoroughly enjoy it.

Depending on which method you will use, you are required to have a few tools for your “tool” to get the job done right.

As you probably know with your face. Try to always go against the grain. Doing so will produce the closest, cleanest shave. If you tend to get skin irritation, acne, ingrown hair, etc from shaving then you want to consider going with the grain as this will irritate the area much less.

Keep your skin pulled tight is a MUST when shaving your balls. Seriously. If you do not, your skin will hang loose and this will result in lots of razor cuts. This goes for both the manual and electric methods. A cut on your sack absolutely sucks and it can bleed quite a bit. So absolutely be sure to keep your skin nice a taut by pulling it. You will have to adjust and do what works best, but you will get the hang of stretching the skin for a cut-free finish.

How To Shave Your Balls

Step 2 -Trim The Area to Be Shaven 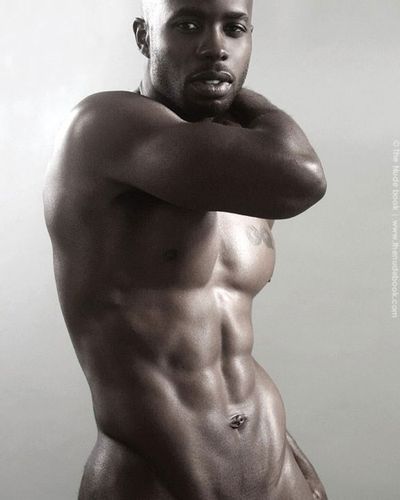 THE ULTIMATE MEN’S GUIDE TO GROOMING DOWN THERE (DOWNSTAIRS)

Posted on March 16, 2018Author by Toney TengeyCategories FASHIONLeave a comment

Next to the popularity of beards, the removal of body hair also known as MANSCAPING especially in the pubic area is another grooming trend and these are some reasons for this- trends in porn, pressure from partners and oh the acclaimed ‘optical inch’ pubic hair removal supposedly provides, however I believe some men just prefer the way it looks and feels. Did you know that a survey by Gillette showed that 92 percent of women prefer a man with a tidy trunk line? (I know I do, lol)
In fact, a whole industry has been developed around keeping men’s ‘downstairs’ clean and fresh so grooming below the belt isn’t an eyebrow-raising oddity but rather a practice you should probably consider taking up. Yes you, the gentleman reading this.
Do you have concerns or questions you’ve always wanted to ask about the ‘down below’ grooming but were too timid to ask? Well here is everything you wanted to know.

It’s widely known that the male groin has a distinctive (if not universally appreciated) aroma. This musky smell is largely a result of the concentration of apocrine sweat glands in the region, some of which produce a modified form of sweat that some people find sexually attractive (hmmmmmm?????). Unfortunately, after a hard day’s work, these odors can become more toxic than intoxicating. (hehehehehe)

The solution? A quick dust with a refreshing talc-like powder designed just for ‘the boys’. Not only will such powders keep the fellas clean and fresh, they’re also a great solution for “batwings” — the unfortunate affliction where a sweaty sack temporarily bonds to the thighs. Application is simple – just sprinkle or spray a moderate amount of these miracle powders in the boxer briefs and then hit the road.

TRIM BEFORE YOU SHAVE
A light trim is often all that’s needed to neaten pubic hair, but if you prefer an altogether smoother look, and are using a razor to achieve it, trim the hair back first with a specialist device like the Philips Body-groom or Wahl Body Groomer. Any of these will make shaving much easier and safe.

TAKE A COLD SHOWER
If smooth balls are what you sought after, splash them with cold water before shaving so skin is taut and less vulnerable. Use a transparent shave gel like (Gillette fusion clear shave gel) so you see where you heading and make sure you use short, gentle strokes and for the sake of your balls, please make sure you are sober! Afterwards, apply an unscented aftershave balm just as you would after shaving your face.

EVEN THINGS OUT
If you just want to trim pubic hair rather than shaving it all off, the be sure to also trim stomach and chest hair to a similar length to keep things balanced.

MAKING TRIMMING A ROUTINE
To reduce the risk of itchy re-growth, you need to get into the habit of shaving regularly. If your worry is about unsightly spots forming after you shaved, try using an antiseptic spray like Outback Organics or Elemis Tea Tree S.O.S Spray.
Chafing, caused by skin rubbing itself can occur everywhere from the buttocks to the armpits, also the groin is a prime area. You are especially susceptible if you are sport man and, if you’re prone to perspiring a lot as sweat can make things even worse. Using Sudocream Antipseptic Healing Cream is the best way to soothe chafing.

MEN’S GROOMING: ALL THE FRAGRANCE YOU NEED TO TRY IN 2018

Posted on January 17, 2018Author by Toney TengeyCategories FASHIONLeave a comment

The power of scent is formidable. Just the faintest whiff of a familiar fragrance can instantly evoke cherished childhood memories, remind you of your first love.

So why not harness the force of fragrance for good in 2018? This year, save yourself the unrealistically ambitious resolutions and pledge yourself instead to your best-smelling year yet.

The One For A New Job

New year, new job? Then opt for a scent that’ll aid, rather than abet, your ascent of the corporate ladder. Much like whipping out a tuna sandwich at your desk, wearing complex, divisive or overpowering scents is (or should be) a sackable offence, so choose instead something light and office-friendly. 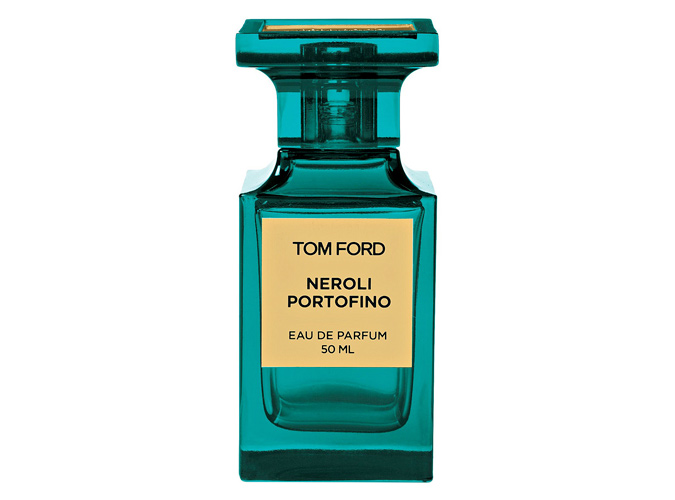 The One For Inner Peace

January is easily one of, if not the most depressing month of the year. So chances are you’ll need more than the Calm app and a cup of detox tea to keep on an even keel.

For a waft of wellbeing, Craven suggests an oud – a warm and enveloping fragrance derived from the tropical agar tree – which has the effect of a “heavy velvet curtain that shuts out the world, secluding its wearer in his own hermetically sealed space”. Or, for something slightly less monastic, a green fougère or chypre made up of “woods, mosses, discreet patchouli and aromatic herbs”, both of which instantly transport you to the calming serenity of green space. And are significantly cheaper than a yoga retreat. 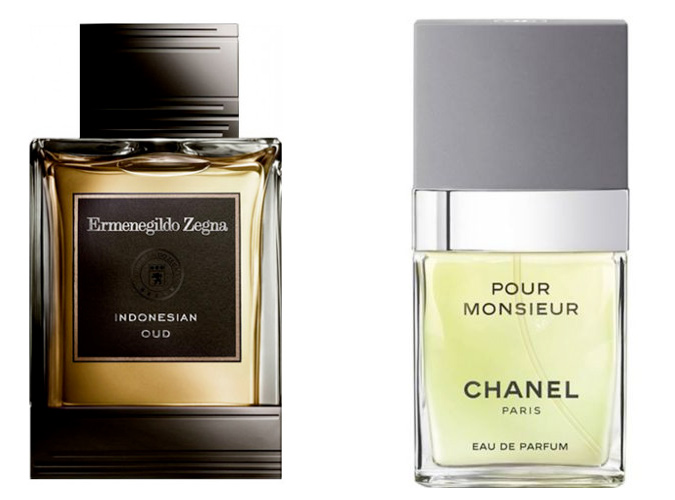 The One For Growing Up

If 2017 was the year you finally bid goodbye to the peach-coloured fuzz on your chin, then this one should be all about embracing your newfound er …manhood. That means, among other things, mastering the art of shaving, paying your bills, getting a job to earn money to pay those bills, coping with the mostly terrifying realities of adult life and last but not least, trying new scents.

“As a young man matures he can start experimenting with more sophisticated, adventurous, discreetly exotic fragrances,” says Craven. Whereas light, fresh and simple scents (see ‘New Job’ above) are best for teenage boys, whose sometimes raging hormones can interfere with stronger, more complex fragrances, a young man can afford to venture a little further from home.“The most important thing is to start experimenting with stronger scents to understand your skin and how it holds, and reacts to scent,” he says. The perfect starting point? Maison Francis Kurkdjian’s Pluriel, a woody aromatic fragrance with lavender, vetiver, patchouli and cedar. Smell like a man …in a good way. 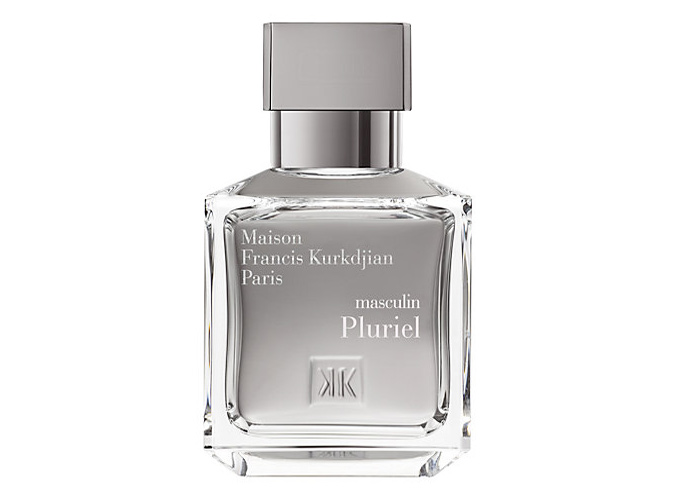 The One To Give Your Love Life A Lift

Newly single? Looking to add more notches to your bedpost in the new year? Swerve the extortionate (and morally iffy) pick-up artist seminars, and look instead to the animal kingdom, or more specifically, deer. Yes, deer.

“A sexy scent should simulate animal reproductive impulse and the marking of territory, and what could be better for that than musk, the precious natural secretion of male deer?” says Craven. “People often use the adjective ‘musky’ to mean powerful, spicy, oriental and/or overpowering. But the smell of musk is, at the very least, lightly erotic. It’s the scent of hair, skin, arousal and attraction, often backed by woody notes which can be either dry, oily, grainy or green but which invariably suggest virility. Musk is the scent that evokes the beast in a man and arouses an animal response in others.” 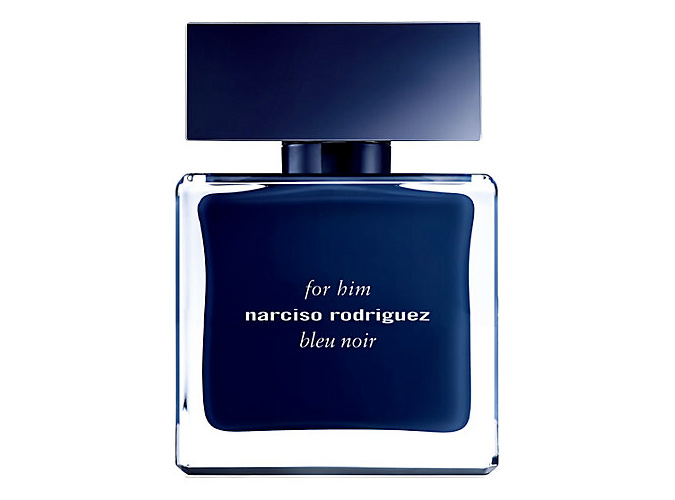 The One For When You Just Want A Change

Remember when, in the not so distant past, the idea of men wearing floral shirts, let alone suits, was laughable? Then Alessandro Michele for Gucci happened. Now any given bar or club on a Saturday night doubles as a visit to your local botanical gardens.

Similarly, if you fancy getting ahead of the pack in 2018, plump for a floral fragrance. “For men, flowers with an earthy, heady, pungent – even rough and aggressive – exhalation can work best,” says Craven.

For a dramatic switch-up in your scents rotation, he recommends Frédéric Malle’s Portrait of a Lady – “sable roses with [plenty of] spice and patchouli – put your thumb over the label if the name makes you shy” – or Une Rose, which is “packed with dark and jammy Turkish rose, laced with red wine lees, the fungal smell of truffles and forest undergrowth.” Both of which, if nothing else, are surefire conversation starters. This article was originally published on www.fashionbeans.com